Press play to listen to this article

If there’s one thing the U.S. president has proved extremely adept at since taking office in 2017, it is getting under Germany’s skin, whether the issue is transatlantic trade, defense spending or the controversial German-Russian gas pipeline project known as Nord Stream 2.

The latest blowup was triggered by a letter sent last week by three Trump-supporting U.S. senators to a Baltic Sea port operator in Chancellor Angela Merkel’s home constituency, threatening the port’s managers with “crushing legal and economic sanctions” if they continue to support the project servicing the Russian ships laying the pipe.

German reaction to the warning was fast and furious. Manuela Schwesig, the premier of the state where the port is based, called the letter from Washington “blackmail,” while Jürgen Trittin, a prominent Green, said it amounted to a “declaration of economic war.” Carsten Schneider, a leading Social Democrat in the German parliament, accused Washington of “neo-imperialism.”

The episode proved yet again that if there’s one thing that unites Germans, it’s their hatred for the American president.

Berlin has become so obsessed with its distaste for Trump that it has lost sight of how it is perceived among key officials in the U.S.

Trouble is, they’ve become blinded by it.

Though Trump’s antics, strange relationship with his German heritage and generally outrageous behavior might make it tempting to dismiss anything he says or does, he’s hardly alone in opposing Germany’s pipeline deal with Russia, which would allow Moscow to circumvent Ukraine and other countries in Eastern Europe and deliver gas directly to Germany under the Baltic. Critics warn the deal, the second such pipeline linking Russia and Germany, would make Europe too reliant on Russian gas supplies and bolster Moscow’s leverage in its dealings with the region.

Countries from the Baltics to Poland to Slovakia have been urging Berlin to abandon the project for years. And Trump’s own moves to halt it are supported by both Republicans and Democrats, a rare glimpse of bipartisanship in the deeply riven American Congress.

That’s one reason why last week’s letter could not have come as a surprise to either the German government or the port in question. In fact, following a decision by Congress last month to broaden the scope of the sanctions, the senators’ rhetorical shot over the port’s bow was all but inevitable.

In the German press, much has been made of the fact that the port is located in the coastal town of Sassnitz, in Merkel’s constituency. But considering that Sassnitz is the port being used by the Russian ships carrying out the work (only about 150 kilometers of the 2,350-kilometer project remain unfinished), the connection to Merkel would appear to be more coincidence than by design.

Either way, the real question is why Germany’s political class is expressing shock and horror over sanction threats they had to have known were coming.

The reaction is typical of how Berlin has responded to criticism of the project from the beginning. Put simply, Germany’s tactic has been to focus on form instead of substance.

For years, Merkel refused to even engage with critics of the project, repeating time and again that it was a “business project,” suggesting that political intervention would be inappropriate.

Despite U.S. objections, the chancellor’s tactic worked ­— at least until Trump arrived on the scene.

From the time he took office, Trump has been relentless in highlighting the inherent contradiction in Germany’s position. How can Germans expect the U.S. to use its military to defend their country while they also cut lucrative gas deals with Russia, the country from which it needs protection?

Thus far, Berlin hasn’t even tried to seriously answer that question. Neither Russia’s hacking of the Bundestag (the German parliament) nor Moscow’s assassination of a Chechnyan rebel in broad daylight in central Berlin prompted Germany to reconsider the project.

Instead, German officialdom has maintained its defensive stance, parrying American objections by sowing doubt over U.S. motives and tactics. 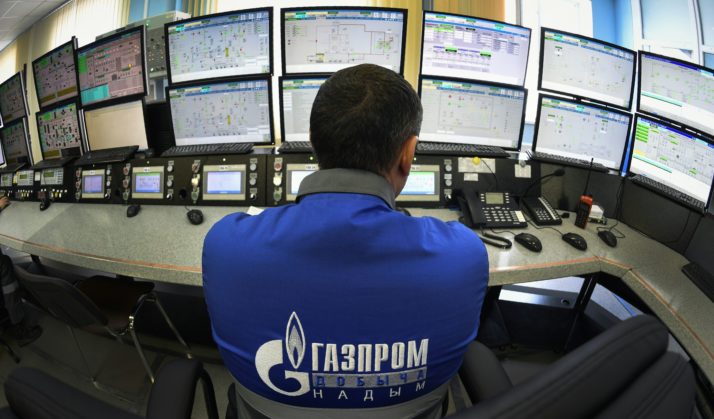 “The Americans don’t care about Russia, they just want to sell us their fracking gas,” goes a common refrain in Berlin, a reference to the U.S. boom in natural gas drawn from shale, a form of exploration frowned upon in Germany on environmental grounds. Furthermore, Germans argue, the extraterritorial sanctions the U.S. is trying to enforce on all entities connected to Nord Stream 2 are not just dubious, but illegal under international law.

Such arguments, which draw on widely held German stereotypes of no-holds-barred American capitalism and perceptions of U.S. arrogance, have helped German supporters of Nord Stream 2 (a broad, non-partisan coalition of political and industry forces) to avoid answering tough questions about why the project is worth jeopardizing Germany’s relationship with the U.S. and other key allies.

In short, they’ve succeeded in turning Nord Stream 2 into a debate about Trump.

Even if one accepts the argument that Trump’s opposition to the project is born of a desire to sell American gas to Europe, that hardly blunts the more fundamental questions surrounding the deal.

The conventional wisdom in German political and media circles is that both the recent U.S. decision to withdraw about 12,000 troops based in Germany, as well as the Nord Stream 2 sanctions threat, are little more than a petty attempt by the U.S. president to get back at Merkel for declining his invitation to attend a now-canceled G7 meeting in Washington this fall.

That assumption is false on both counts. The Pentagon has been quietly preparing the U.S. troop move — and, contrary to German assertions, warning Berlin of the shift — since the beginning of the year, according to both German and American defense officials involved in the process. And the U.S. sanction plans for Nord Stream 2 were in train long before Merkel told Trump in May that she wasn’t going to Washington. 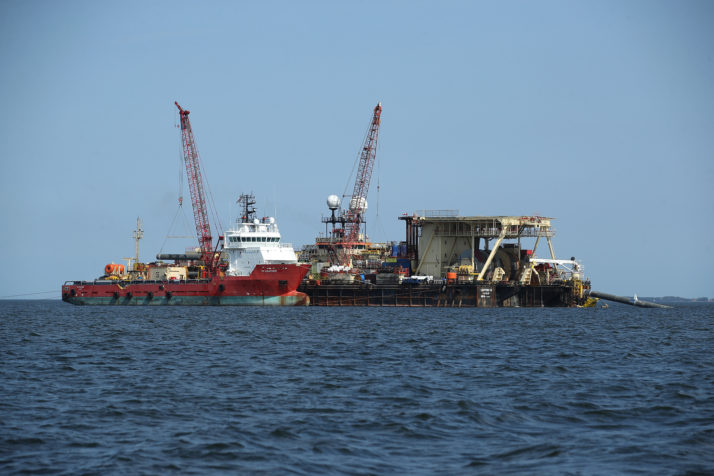 Berlin has become so obsessed with its distaste for Trump that it has lost sight of how it is perceived among key officials in the U.S. — the country that, for better or worse, remains by far its most important partner in both strategic terms and on trade. Most senior German officials seem to think that if they can wait out the storm until November, things will return to normal, provided that the polls are accurate and Trump loses his reelection bid.

Up until his death in 2018, U.S. Senator John McCain, no friend of Trump and no enemy of Germany, made little secret of his frustration about Berlin’s intransigence on Nord Stream 2, joining colleagues in urging the administration to “use all tools at its disposal” to derail the project.

McCain was no outlier. Another former U.S. senator and longtime McCain confidant shares those concerns: Joe Biden. He continued to criticize the plan after stepping down as vice president in 2016, calling it a “bad deal” for Europe. He has said nothing in the interim to suggest that he has changed his view.

For now, Germany’s Nord Stream 2 lobby has succeeded in convincing the country that the debate with Washington is rooted in Trump’s anti-Germany crusade.

Come November, Berlin will likely be looking for a new excuse.

This article is part of POLITICO’s premium policy service: Pro Energy and Climate. From climate change, emissions targets, alternative fuels and more, our specialized journalists keep you on top of the topics driving the Energy and Climate policy agenda. Email pro@politico.eu for a complimentary trial. Trump Has Nearly Eliminated Intelligence Briefings From His Schedule Entirely