Another flagship lefty talk show bites the dust, and according to some Hollywood outlets its due to viewer enthusiasm plummeting. You mean to say American viewers are tired of constant far left propaganda? Impossible! Well the proof is in the disappearing pudding and a Netflix-produced Daily Show spin-off just got tossed. 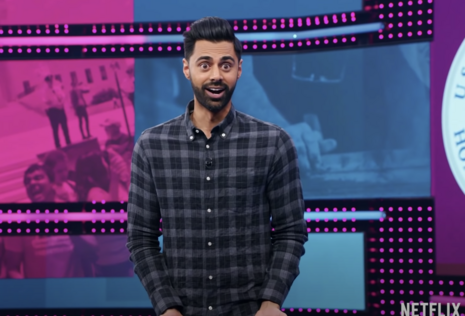 Entertainment Weekly reported on August 18 that lefty Netflix talk show, The Patriot Act with Hasan Minhaj, has been cancelled. The show which began in 2018 and featured the Pakistani-American host,The Daily Show alum, and former White House Correspondents’ Dinner host, ended its 39 episode run in June. Minhaj broke the news on Tuesday that the program would not be returning to the streaming platform.

“What a run. @patriotact has come to an end. I got to work with the best writers, producers, researchers, and animators in the game,” Minhaj announced via Twitter, adding  My 2 babies were born and grew up with the show. TY [Thank you] to @Netflix and everyone who watched.” He then quipped, “Now it’s time to return these screens to Best Buy.”

Not much light was shed on why Minhaj’s liberal talk show wasn’t renewed, but The Hollywood Reporter suggested that a lack of viewer enthusiasm compared to the show’s high production costs encouraged the decision. It’s the same reason why other slick and over-produced shows like the Sabrina the Teenage Witch reboot only lasted three seasons.

THR wrote, “Netflix weighs viewing vs. the cost of a show in making renewal decisions, though the company only selectively releases viewership data,” and mentioned that “Patriot Act joins the likes of Chilling Adventures of Sabrina (which will air its final episodes later this year), Astronomy Club: The Sketch Show,” and other shows dropped by the platform after short runs.

EW mentioned that Chinese Virus had also posed challenges for Patriot Act, noting “The final seven installments were originally supposed to premiere March 29, but were delayed when the COVID-19 pandemic forced productions to shut down.” It wasn’t until the end of June that the final episodes aired on the platform.

‘Tis a shame to hear about the cancellation. Well no, not really. The series was yet another bit of annoying lefty propaganda dominating the pop culture landscape. Perhaps people are getting tired of it. Minhaj’s routine involved bashing the NRA, promoting Black Lives Matter rhetoric, slamming the Trump administration’s immigration policies, and segments about the current GOP eroding civil rights. And those are just a few of the anti-conservative talking points.

What has all the constant lecturing resulted in? Arguably the same malaise and unrest (AKA Trump hate) that inspires Seattle CHOP zones and the destruction of NYC and Minneapolis. Perhaps it’s not hard to see why this over-produced, Hollywood lecture stuff is getting old for more and more folks.